At Clifton Chiropractic Clinic we are one of the few clinics that have the facility to take x-rays when required in the Bristol area.

The actual films are part of your case history notes and as such cannot be released from the practice. In some circumstances we can lend you the films to take to see your consultant on the understanding that the films are returned immediately thereafter. As your practitioner we are responsible for the films until 8 years after you last attended the practice. Our statutory regulatory body, the General Chiropractic Council insist that your films are kept for at least 8 years after you last attended the practice with your case notes.

Some patients say to us that they want to take the x-ray films to show their GP. There is no use in doing this as general practitioners are not trained to read x-rays and would only have to send them off to a hospital to be read by a radiologist. There are two problems with this:

Notes and x-ray films have a habit of being mislaid in hospitals and we have already told you that we are responsible for the safekeeping of your films for at least eight years after you last attend our practice
The NHS is almost exclusively digital now. This means that there are no viewing boxes in hospitals so they cannot read films there anymore as they capture all x-ray images on computerised systems these days.

If it is decided that we need to take an x-ray of you and you consent to this procedure, the fee that you pay is to find out what is on the films, not for the ownership of the films. We provide you with a written report and photographs of your x-rays so that you will not only be informed verbally but will have a written report, enabling to you clearly understand what is on your x-rays. In rare instances patients really wish to have a copy of the actual films. We do have the facility to copy the films and the charge is £10 per film for this service. Most patients who want to capture the image just get out their phone and take a picture of the x-ray film and we are more than happy for you to do that! 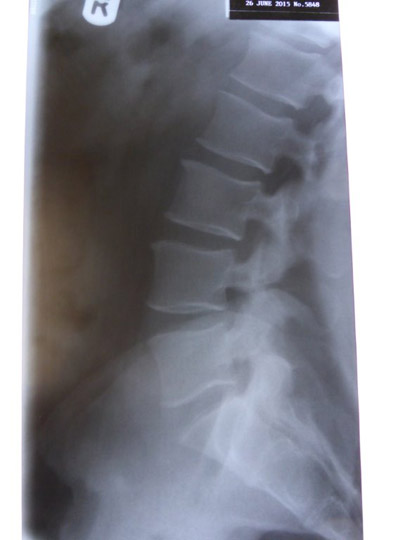